In the many years, I've been a technical consultant, I've come across so many situations that have been so complicated, so convoluted, so confusing that I've found myself thinking, if I don't understand this stuff, how on earth will the client understand it?!

Learn more about the Friday Fury newsletter and subscribe by clicking here. 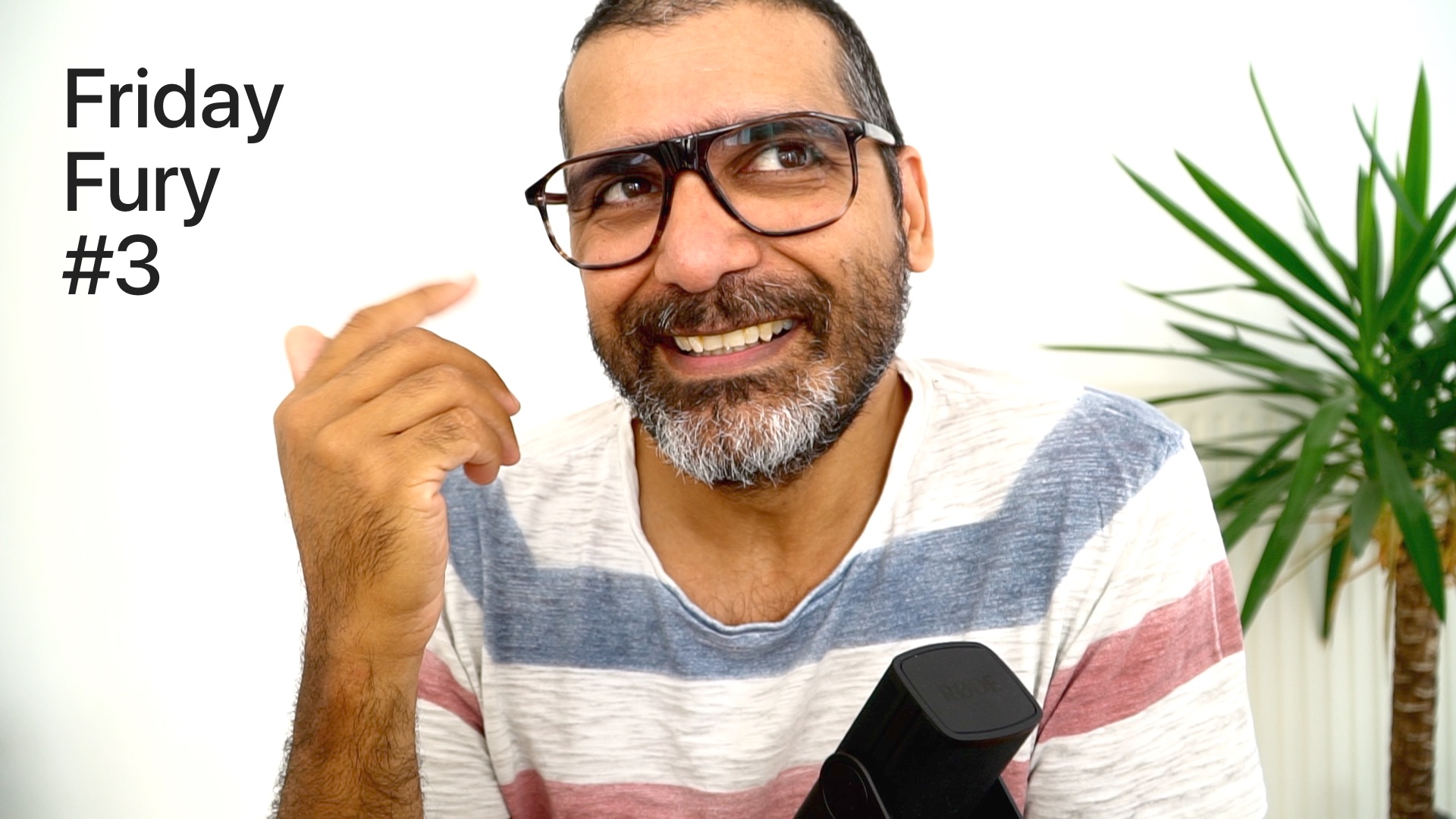 That's just semantics. You're just complicating what the original poster said even more.

Granted I don't know everything. There's no way of everybody knowing everything. And I appreciate that and I accept that.

They start talking about things and they're complicating the actual subject that they're talking about. So the people watching it. Because I see it. I see it.

But if they actually listen and actually understand what's being said, It's all BS, 95% of it is BS. You're going to a one hour webinar and getting 5% out of what you actually need.

People listening to it because they're talking in this kind of... real technical jargon, and it is jargon and they're like...

Oh yeah, this means a lot. I'm going to take away a lot of this information and use it.

Bullshit! You're not going to do it. It's, it's absolute and that's a crap.

And a lot of these webinars about technology and digital transformation and remote work, is just insane, and it irritates me.

Again. It's all about complicating things so you don't understand what's going on so you can hire someone that probably doesn't know what they're talking about themselves. Them giving you a bunch of jargon and you just lapping it up and giving them money.

It's insane.  It's unbelievable.

That was Friday Fury #3, the third one. Anyway, have a great day, have a good weekend. And I'll see your Monday.

I might change camera angle. I don't know.  Thinking about it.