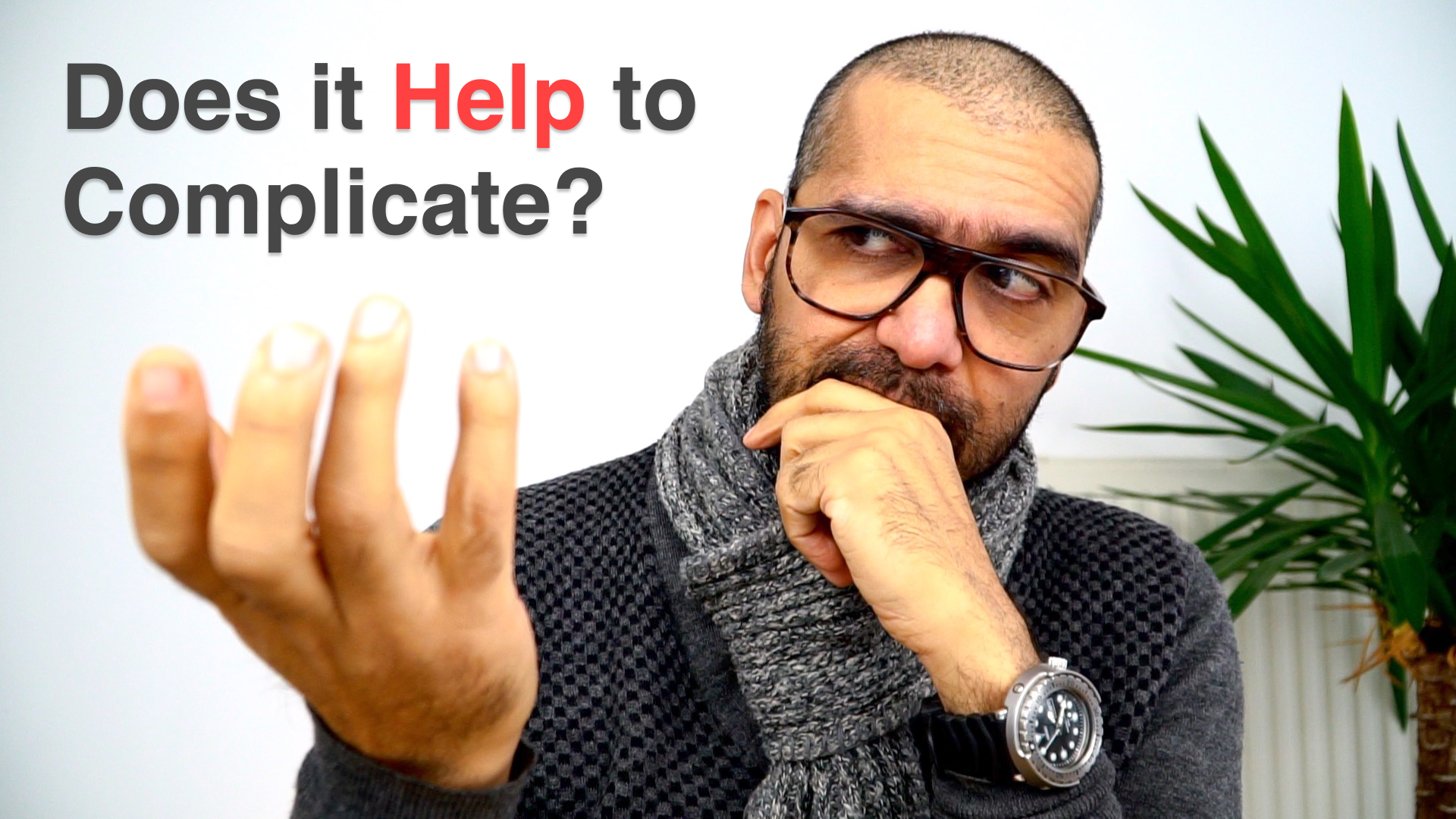 It's mathematics, pure and simple. If we complicate things, we end up having to deal with so much crap that we end up wasting time.

You must have, at some point, thought; 'why is my time wasted by meaningless chores and annoyances.

So why not step back, re-group your thoughts and make an action plan on how to fix the issue.