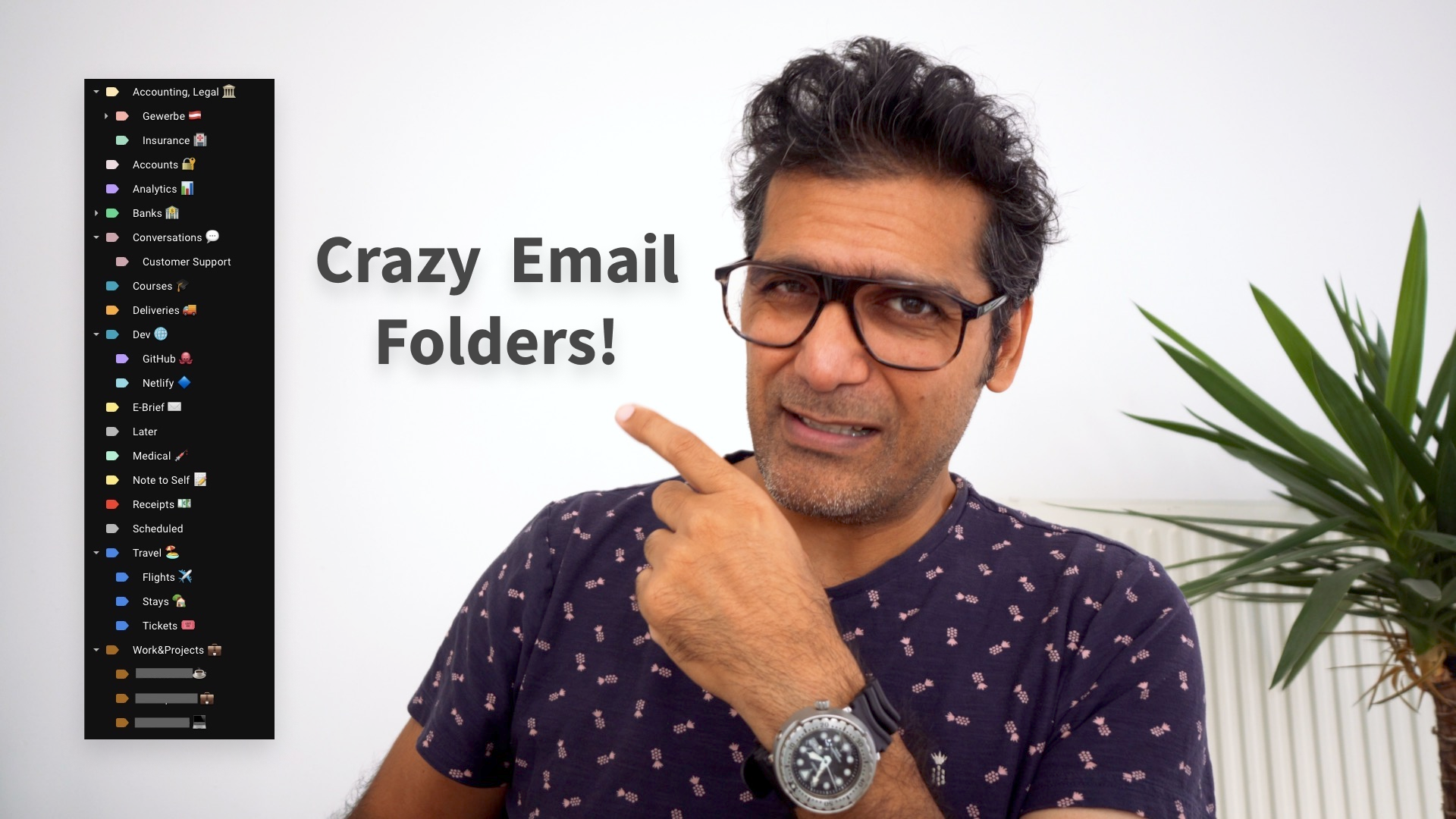 Over the years I've helped clients move from one Mac to another, one service to another and even transferred email data to G Suite.

One thing I've found with doing this type of project is that there seems to be this 'need' for tons and tons of folders!

In this video I show you how you why you should stop using folders within your email and give you some ideas on what to do to best free up your time.

If you have any questions, please do contact me. I can also help you move your email over to G Suite for better structuring & ease of use.

You can use these codes for 20% discount too...