Too much tech is never great. When it comes to your video or podcast production tech, it’s no different. Having too many ‘toys’ can hinder your creativity and when you start, it’s simply not needed. 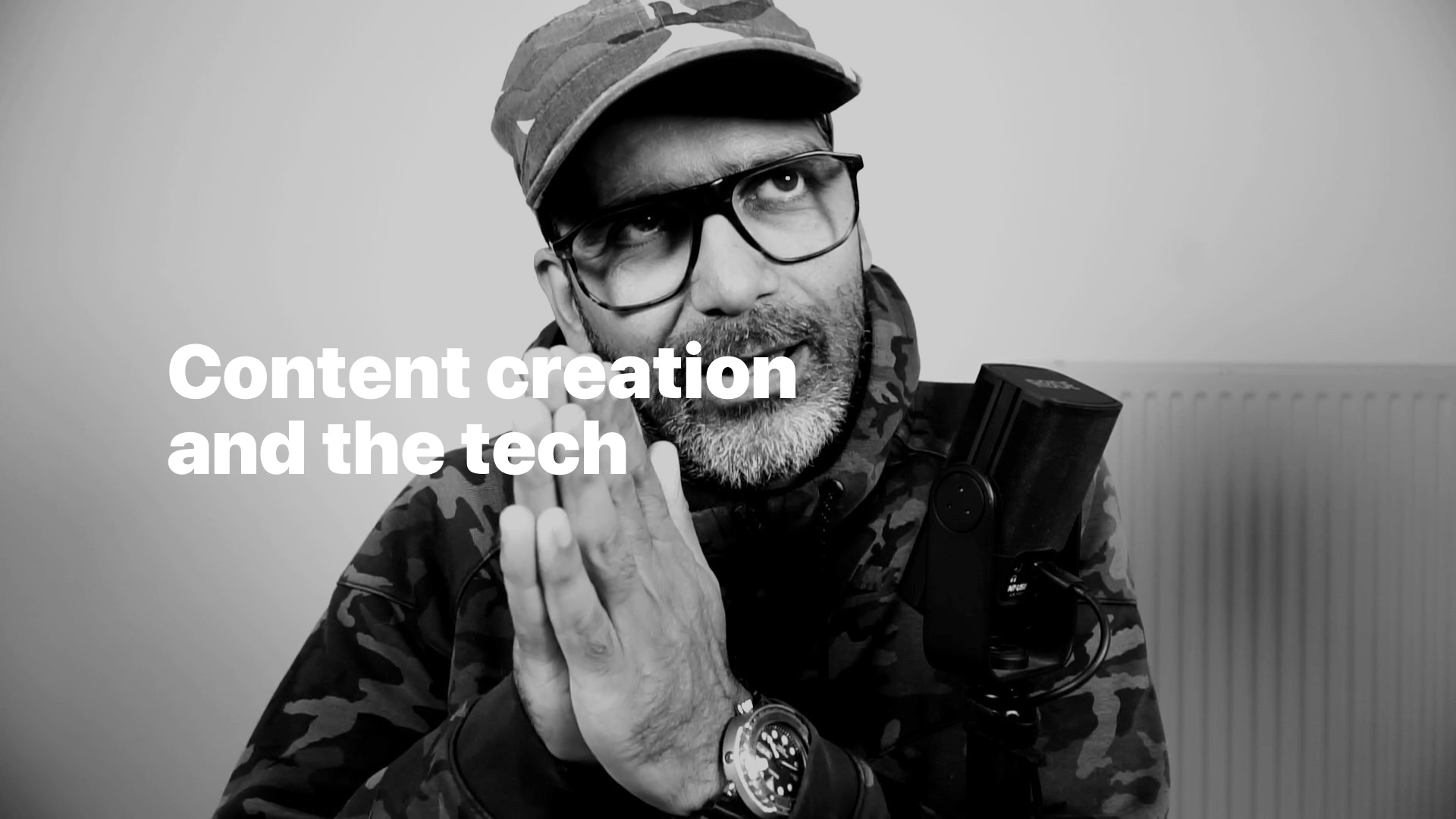 It looks like I'm going on a duck hunt, but Hey, I'm cold. So who cares?

Today I want to talk about the equipment you need to make a video podcast. It was asked in a Clubhouse that I was in earlier today.

It just seems I'm getting all my questions from Clubhouse. That's not a bad thing, I guess.

Anyway, they were asking about creating a video podcast and do they need all sorts of equipment?

There's one thing people don't understand, and that's when you make a video, you don't want it to be overproduced.

I mean, my videos might look good, but I've done this for two or three years now. But if you go back and watch all my old videos, you think, what the hell is this guy doing? It's so cringy.

So let's get back onto the equipment. You need a mic, you need a camera, and you need lighting.

The mic and camera can be done via a phone. These phones nowadays are so good. I could record on this and make it black and white, and it will be fine.

It would help if you had lighting. I do have lights. I'm recording this late, so you'll see a bit of a shadow.

But if you have good lighting in your office or your room, that's all you need. Or if you do it in the daytime, obviously it's winter now, so it's a bit more complicated.

You can use natural light. You don't need a bunch of equipment. Start simply because you got to see if you're going to carry on doing these videos.

If you buy all this stuff and try to make it into, like a TV... little mini TV series and it doesn't go right. You feel bad. And then you won't do the following video or next podcast or the next thing that you're doing.

So you've got to start small and don't look at someone else's video. Don't think...

Oh, someone's already talking about that because I'll get into that in another video.

That's precisely how I started.

The one thing I would not cheap out on is a mic. I would say, get this one thing before anything else. It's a microphone.

When you hear lousy audio on a video or a podcast, you stop listening. If you see a bad video, but the audio is good. You'll keep watching because you're listening to it.

We're more listening people than visual people, although I like visuals.

So if the audio is terrible, they'll stop watching and listening. If the video is awful, they'll still watch, but they can definitely listen.

So, the first thing I would say that you should get after trying it with your phone and everything for a few episodes is a microphone. So, just get a good mic.

And get a good condenser mic. They sound good because you have to be very close to them.

Condenser mics reject noise from behind the mic and around and pick up what's in front of it.

So that's all I wanted to say for this episode.

Don't overdo it. Keep IT Simple, and I'll see you in the next one.

Have a great day.