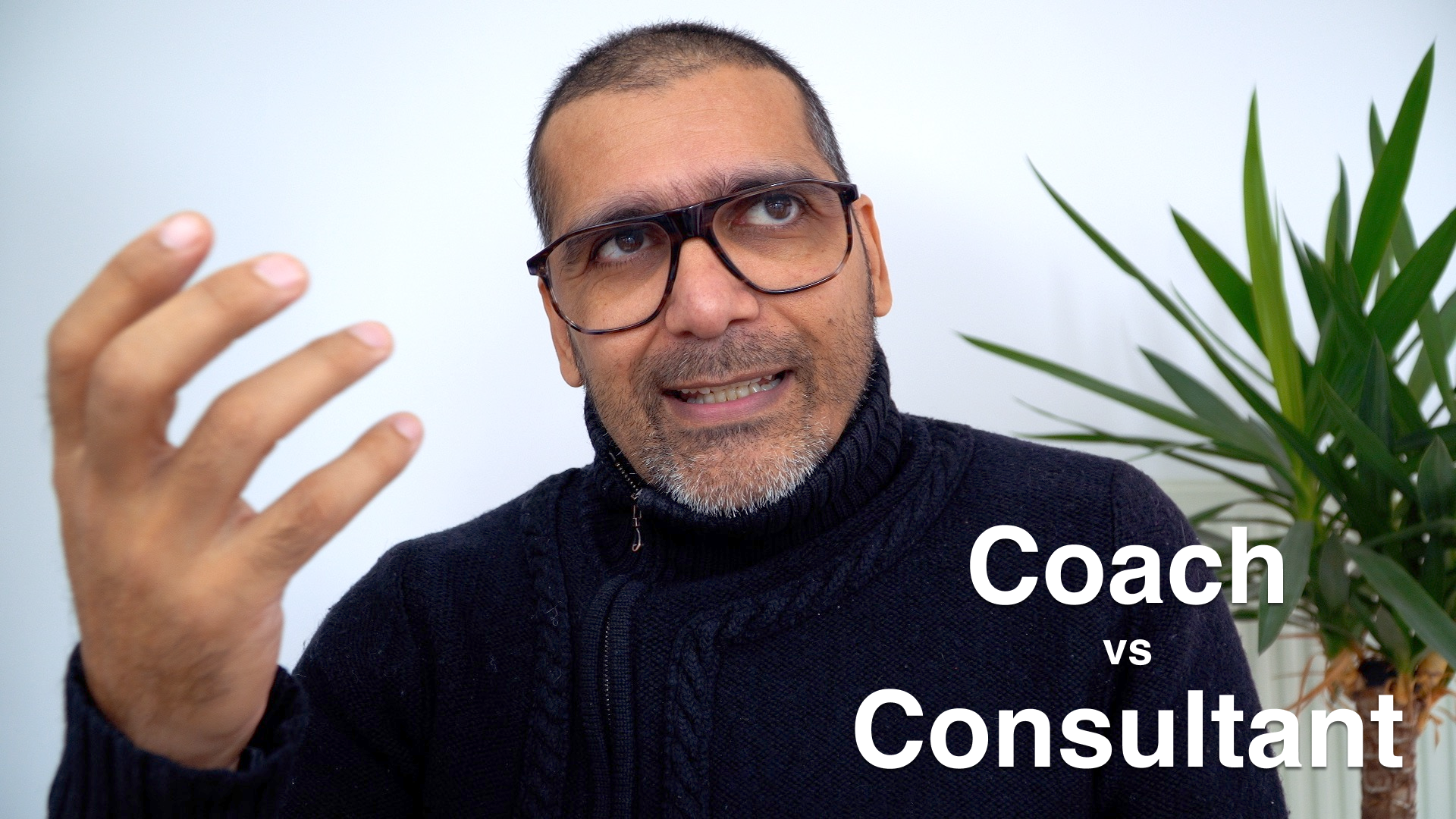 Last Monday I was asked how I would describe myself. Now I don't like to pigeon-hole but I have always thought of myself as a Consultant.

However, in recent times I think I’m more of a Coach that a Consultant. This is my explanation of how I define the two.

How would you define the difference between a Coach and Consultant?